The articles for the PJMD Issue Apr_June 2013 are listed below. The articles are in PDF Format which requires Adobe Acrobat Reader for viewing.

Colorectal carcinoma (CRC) is associated with highest cancer mortality rate next to lung carcinoma. Cancer statistical report by WHO in Pakistan indicate that colorectal carcinoma is the predominant cause of cancer mortality ranking seventh in women and eighth in men. Colorectal cancer patients in Pakistan are presented with distinct clinical features e.g. subsided lesions, comparatively young age and rapidly progressive advanced cancer stage with multiple sites of distant metastases. These features substantially contribute to surgical complications and assign severity to the toxic profile of cancer chemotherapy. Early diagnosis of CRC, which is otherwise a slow developing cancer, reduces the aforementioned added complications with cancer treatment. Multiple factors like inappropriate and incorrect awareness, socioeconomic strain and inadequate health care facilities prevent early diagnosis of the disease. Screening for CRC is both complex and challenging in populations with economic instability and high incidence rate due to lack of factors like risk stratification, patient’s acceptance, adequate financial insurance, appropriate diagnosis, treatment and follow up.

The incidence of oral squamous cell carcinoma remains high in Indo-Pak region. Worldwide oral and oropharyngeal carcinomas are the sixth most common cancers. A number of clinic-pathological parameters have been implicated in prognosis, recurrence and survival for this tumor. As a very high frequency reported in major hospitals of Karachi, this study documented some of the well known clinicpathological parameters in the indigenous population of Karachi.

To analyze the clinicopathological parameters of cases of OSCC in the population of Karachi.

The study protocol was approved by the Ziauddin University ethics committee for human research. The patients’ data was entered onto questionnaires. The reporting included a range of clinical, operative and histopathological variables. Recurrence of tumor after initial treatment was also documented.

The patients’ population comprised 31 males and 19 females. The mean age was 45.56 (SD + 12.08). Minimum age was 15 years, while maximum was 75 years. Pathological analysis revealed that majority of SCC cases were moderately differentiated SCC with clinical stage T2 or T3, N0,M0/N1,M0. Most common oral sites came out to be buccal mucosa of cheeks followed by lateral borders of tongue and lips. All patients underwent primary resection ± neck dissection and reconstruction when necessary.

Overall experience with OSCC shows that it has a high tendency to disseminate to regional lymph nodes, i.e. cervical lymph nodes, as well as to re-emerge at the primary site after resection. 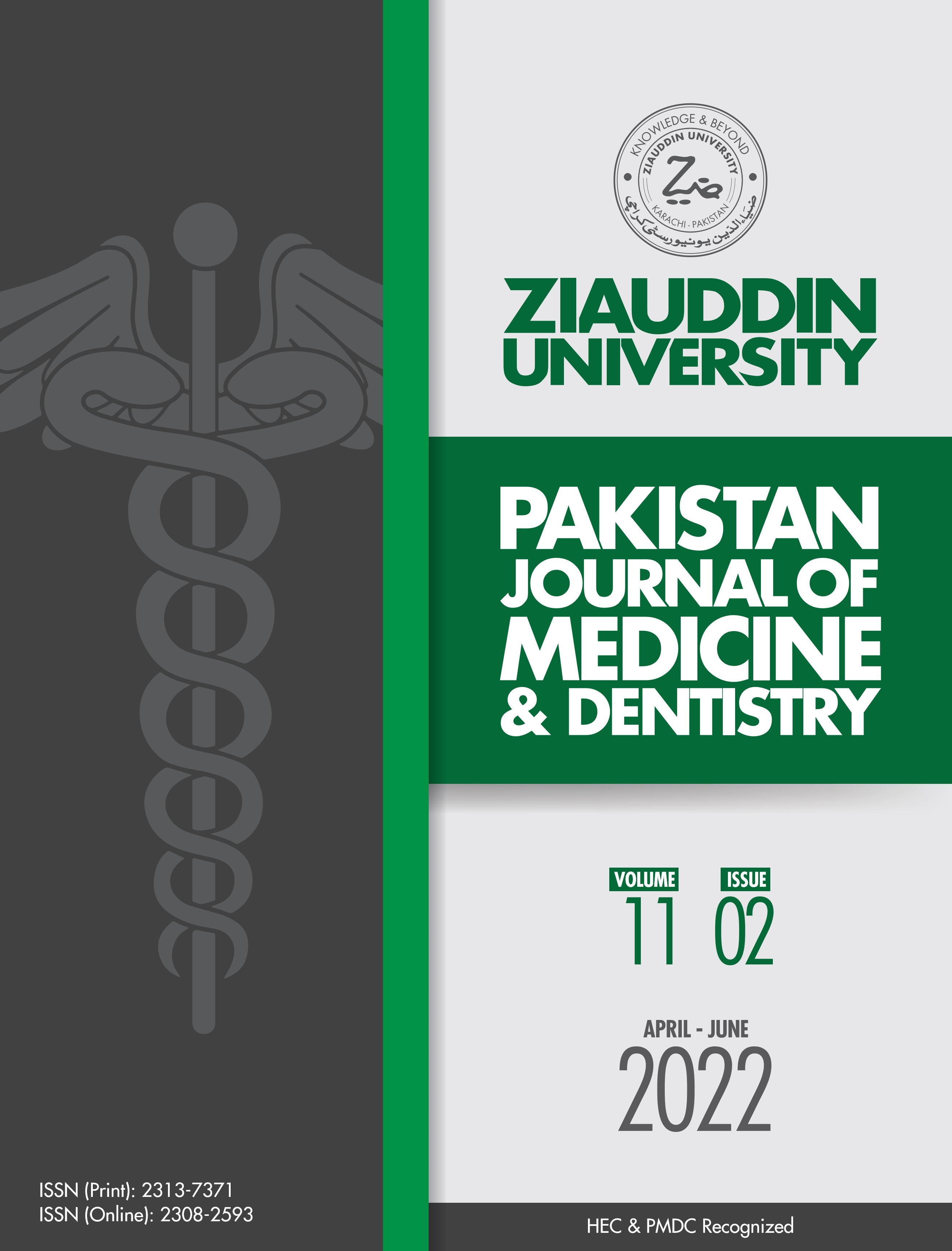